This weekend was busy. We had a lot of things to take care of but I was determined to get a ride on my horse Harely. Sunday morning I woke up with a stomach ache and I still hadn’t ridden. Saturday came and went so quickly. We ended that day having friends over for dinner and we were up late. The over-indulgence of toasted marshmallows may have contributed to my sunday stomach issues. I felt crappy but I knew I was going to ride even if I puked while doing it!

We had church- which I skipped trying to will my stomach into submission instead. I meditated and I finally got going. We had to take one son to his last soccer instruction before his try-outs this week. We ran to the county fair grounds to pick up my photos that I entered. Then we returned to pick up my son at soccer instruction. We walked around the school track until he was done- and i have to admit I felt tired and crummy but I really wanted to ride.

After we got home we did not have a big window for me to ride before my daughter needed a ride to a friends house.  I needed my daughter to tack up Harley for me. Which she was happy to do.

So out we went to get going and as promised my daughter helped with the grooming and then put on the saddle and bridle- I kind of like having a groom to ready my horse for me how aristocratic! But in the long run the grooming process is really a bonding time with the horse. So I like to groom. I will, however, take the offer to have someone put the saddle on and cinch up the girth anytime!

I use a mounting block to get on. It really is easy that way. I got it so kids could get on if needed. Glad I bought bc it was helpful for me. I had a lot of pride and wanted to be able to mount my usual way by running and jumping up by vaulting into his back. NO I’m lying of course. I get on like everyone else by putting my foot into the stirrup and pulling myself up. So the block alleviated the need for me to pull must up which is would have been hard with my chest and shoulder issues. So I swallowed my pride and mounted up.

Up I went and off we rode. Harley hadn’t been ridden in a while so I didn’t know what to expect. I was thinking he would be what I call squirrelly-a little on his toes and uppity. But he wasn’t! He walked calmly out into the field and was a true gentleman. He got a little distracted when I changed direction and also when my Arab mare was freaking out and running at a full gallop in the field next to us all because I put a grazing muzzle on her. Note to self : don’t put on a muzzle on your freaky Arab for the first time all summer when I will be in the other field riding. Lesson learned. Since my daughter was taking some pictures of me riding she was able to get the muzzle off my mare and she settled down well. The good thing is Harley knows she is a spaz and doesn’t react to her all that much thankfully bc I didn’t want to be captive on top of an upset galloping horse!

I only rode for 25 minutes. Harley was being so good and I knew I would tire out and know ending a ride on a good note is essential. Harley wasn’t in too great a form. He didn’t want to bend, he wanted to ride in his better direction , he was just rusty but he was calm-really calm. Harley may not have been tuned up -that will take time -buts it’s ok bc this was more about me and getting out there and riding my horse. It was about feeling free , it was about realizing I can ride despite some physical issues, it was about my soul. Harley was just the friend who took me out to accomplish this. The one who reads my needs. He somehow knew to be patient with me /he’s not always patient but yesterday he was.-like I said very calm. Harley murmurs when he’s calm during a ride(think hmmph hmmph hmmph) and he got to that place pretty fast yesterday. Maybe it was bc I had no expectation for him. Maybe it bc he read something in me. I don’t know. But for 25 minutes it was he and I and we were flying free – no past-no future-just the moment. Now that’s a gift.

(ps- thank you Kamilla Sweeney and Kevin Sweeney for all your help – you know when something is important for me – often when I don’t! – luv u both…) 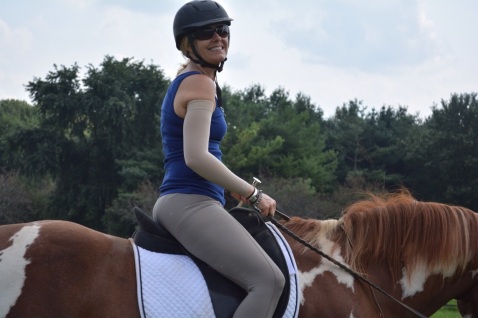 Riding at last…wearing my ugly compression sleeve- but it works!! 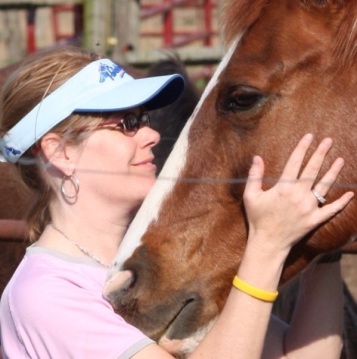 This was us in 2009 before I brought him home to live in the backyard! He was boarded not to far from here. 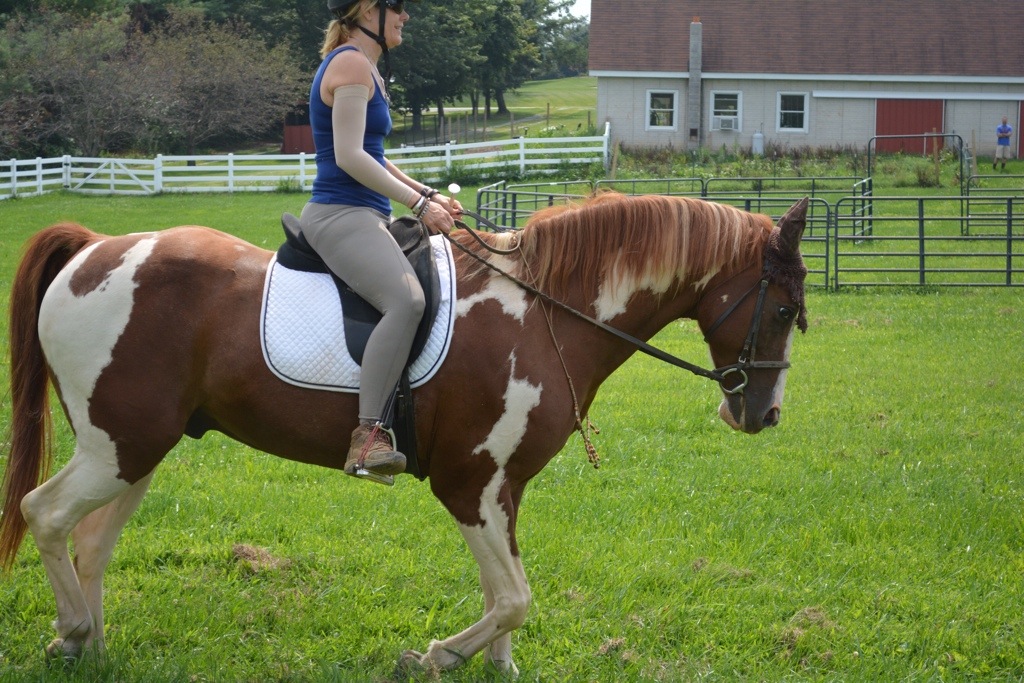 Harley in a good frame- well- he does like to come up over the bit (means he isn’t loving the connection to the bit)but this wasn’t too bad! 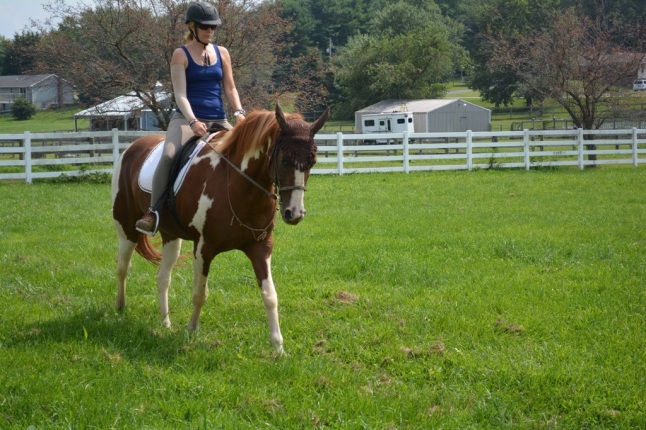 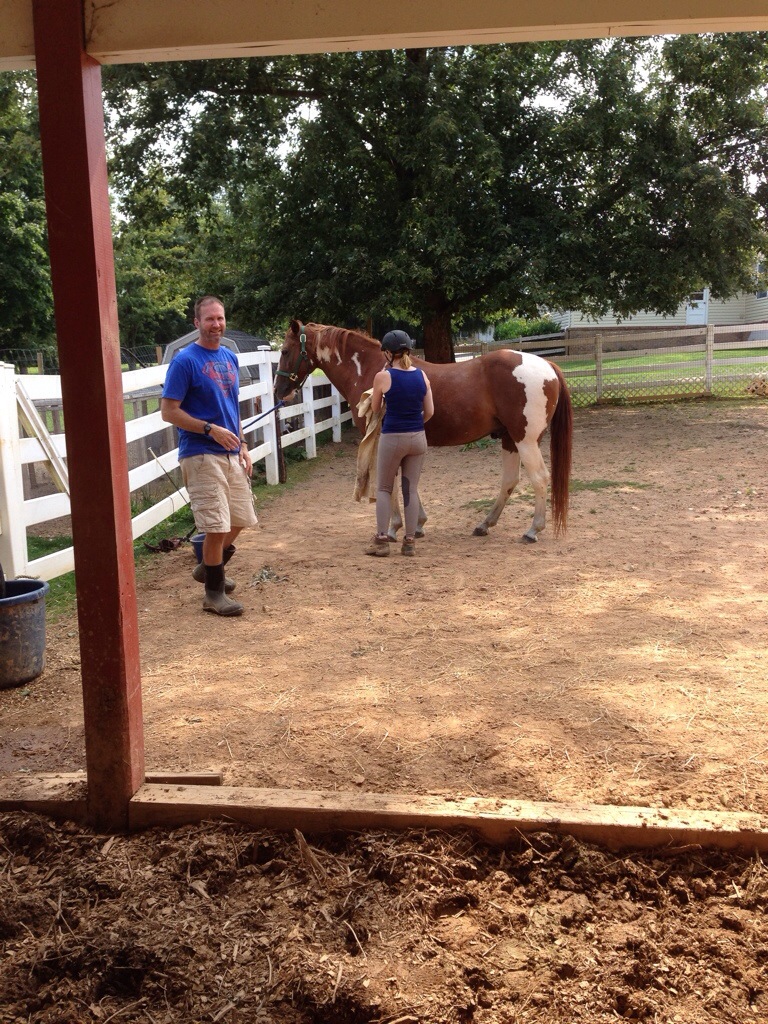 Toweling Harley off – it wasn’t too hot thank gosh! The “farmer” man (my husband) was hanging with me. 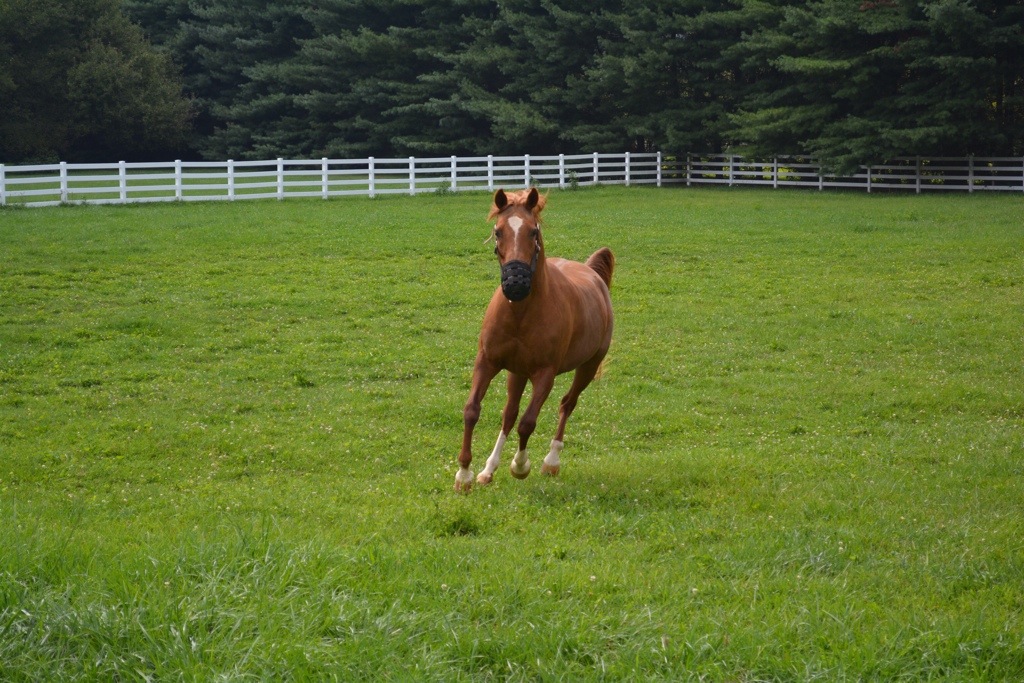 Airy the freak in full gallop bc she had to wear that muzzle.. See her Arab tail?!

I did weaves with him which keeps him attentive to me bc I will be asking him to change direction often. 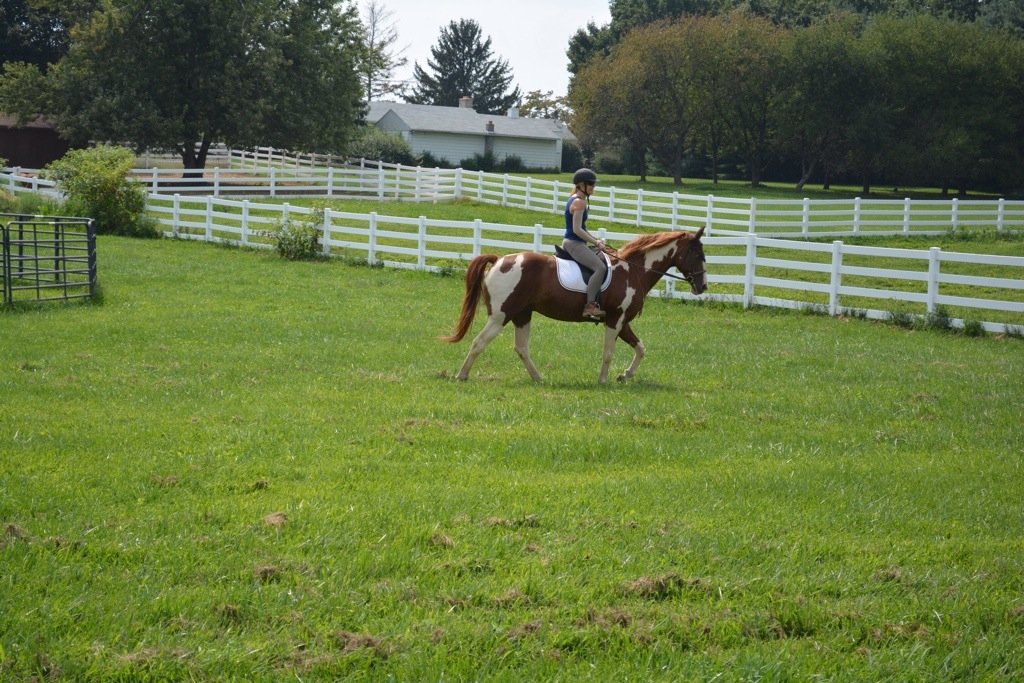 We are doing a working walk in this picture- it is like a trot but Harley is gaited so his legs move laterally together making the gait very smooth to sit to. 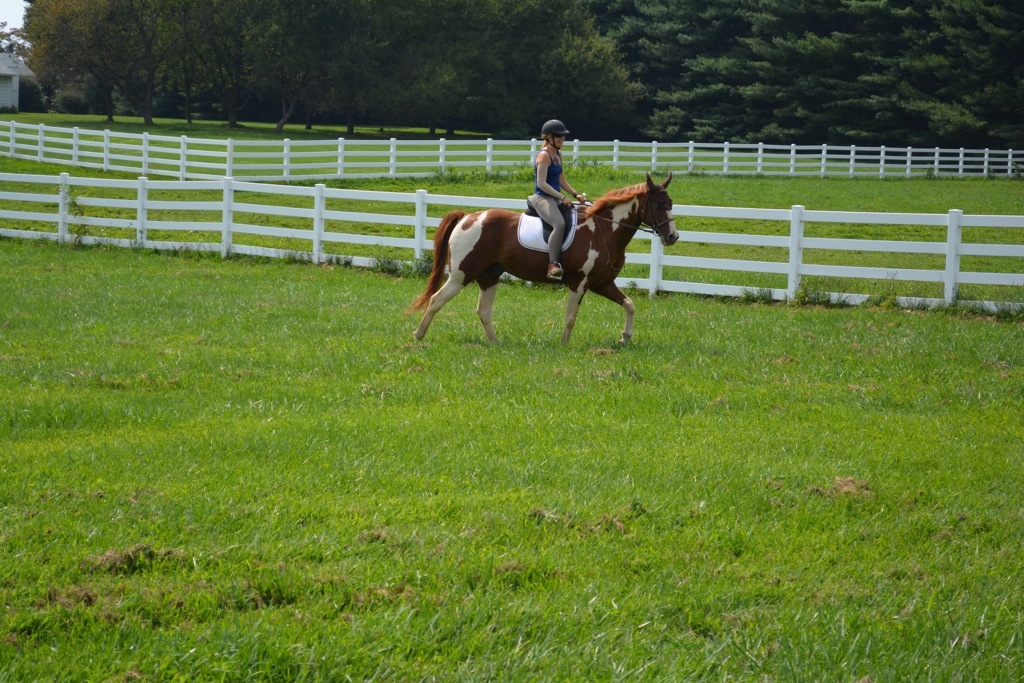 I just liked this shot:)