I  was going through our winter warm weather clothing stash the other day determined to purge all the things we’ve outgrown, ripped, and lost the matches to. I had a load of unmatched gloves. How in the world did I get that many gloves and where were their matches? There were kids gloves, and work gloves , and “nice” gloves. I became obsessed with finding their mates. I had my son bring up any box from the basement that might contain the matches. We found a couple mates but there were a bunch of gloves that remained mateless and would have to go. I was actually feeling sorry for these old gloves. Why do I do that? I am not a hoarder. I like purging stuff but sometimes it’s personal and tossing away stuff is hard.

Funny to feel sad about old cloth- but I did and I embraced it for a bit. After I was pretty sure I had no matches for them I left them to sit out. I knew eventually my need to lose the clutter would land them in the trash. And that is what happened but I’m not going to lie I felt sad!

I have some stuff in my life that has some sweet memories attached to it. Some I’ll hold onto and others I’ll toss or give away. Sometimes I get rid of stuff and feel nothing and other times there is that little pull. With the gloves there was that little pull. It’s time to get new gloves for kids who are just about bigger than I am. Sometimes the purging emphasizes the passage of sweet time. Maybe that’s what gets me. The gloves are gone and there will be other stuff to follow- that’s part of life and part of making sure we don’t become hoarders.

There are some things I’ll never part with. We all have things like that. For me there’s my nana’s china and her hand mirror. Then there are the smaller items that wouldn’t matter to anyone. Like the little blue LL Bean hat I bought my first son after we adopted him. He was the only baby I ever had. My other kids came to us as a toddler and pre-schooler. That ratty old hat brings back so many memories of being a new mom at age 37 who had no idea what being a mom really meant. I had no concept that a little boy from halfway across the world could come and steal away her heart. No that hat isn’t going anywhere.

Winter from years past… 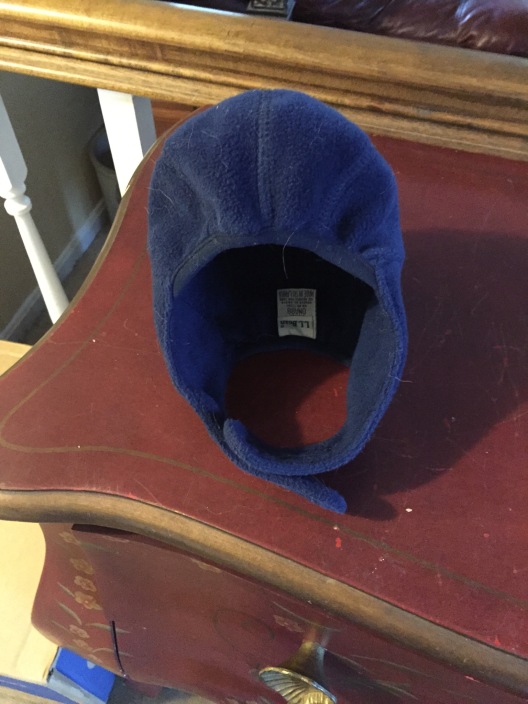 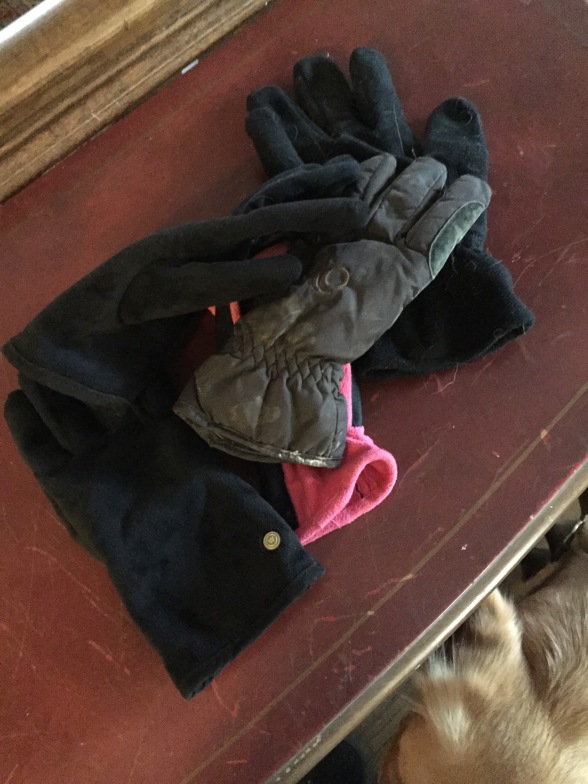 Old gloves – there were more…