Everyone needs a little time away sometimes. For my husband and I this was the time. We had spent months talking about it. We pondered what we would do. A night away in a hotel. A dinner. Sleeping in with no dogs to let out or horses to feed or kids to deal with. It sounded so fun. But could we do it?

We had been getting out on regular date nights. The kids -now all teens -can handle nights where we go out for a few hours and get home before the carriage turns back into a pumpkin. But we hadn’t been away from the kids for an entire night in over 13 years.

I had a lot of nerves about trying it. We have one special needs teen and I was hesitant to commit to a full night away. My fears of getting a call informing me of some disaster and I being too far away to get home in time to save the day were winning. So the dream became a pipe dream. One that we would talk about sometimes but basically had put it on the back burner. Until a week ago…

I was on Facebook and I saw a post about a band that I used to go see in my younger days. They were playing locally (40 mins away) at a dinner theater and just a few seats were left. Just for fun I looked up the venue -it was the old movie theater that I used to frequent it had been changed into a supper club and they hosted live acts. I loved that theater. So I went a step further and clicked on the ticket info. Next thing I knew I had purchased 4 seats at a table. Impulsive – yes- but maybe thats what it needed to be- a quick decision where no foreboding thoughts could win. The next thing i knew I was playing the bands music on YouTube. I decided to check out Hotels.com and just see what a room would cost. Pretty cheap it turns out.  So we decided to add a hotel room to the evening and BAM we had planned a night away. As it turns out this plan came together just in time for it to be my birthday present.

I was pretty excited but the day we were to leave I began to worry about everything – everything that could go wrong and leaving my teen kids alone for the night. We were only going 40 mins way. But still… I was nervous. I sat on the bench in our room and kind of froze. I would pack some then freeze a bit again. I’m sure other moms out there can relate. I was determined , though, to not let this worry wreck a much needed break. Turns out that as soon as we got out the door and a few miles down the road my worry began to leave and it was all about our night.

And it was a great night. There were laughs with friends, nice dinner, great music, and dancing. Sleeping in a king bed and no dogs to let out at six am- bliss. We had a few texts with the kids..mostly them asking if we were having fun. We had breakfast at a pancake house and we headed home. I could have used another night away but I was good with the one.

Our children didn’t meet us at the door to hug us on our return. The boys were still asleep. Teens! It was almost 11am!  My daughter had done all the morning barn chores on her own. That was very sweet. I think they missed us -but I bet the break did them good too. I’m thankful they got along ok because I know I’ll be ready to do it again in the near future. With three teens it doesn’t take long for me to need a break. They drive me nuts -but I love them to the moon and back. Am I ever thankful for small respites. 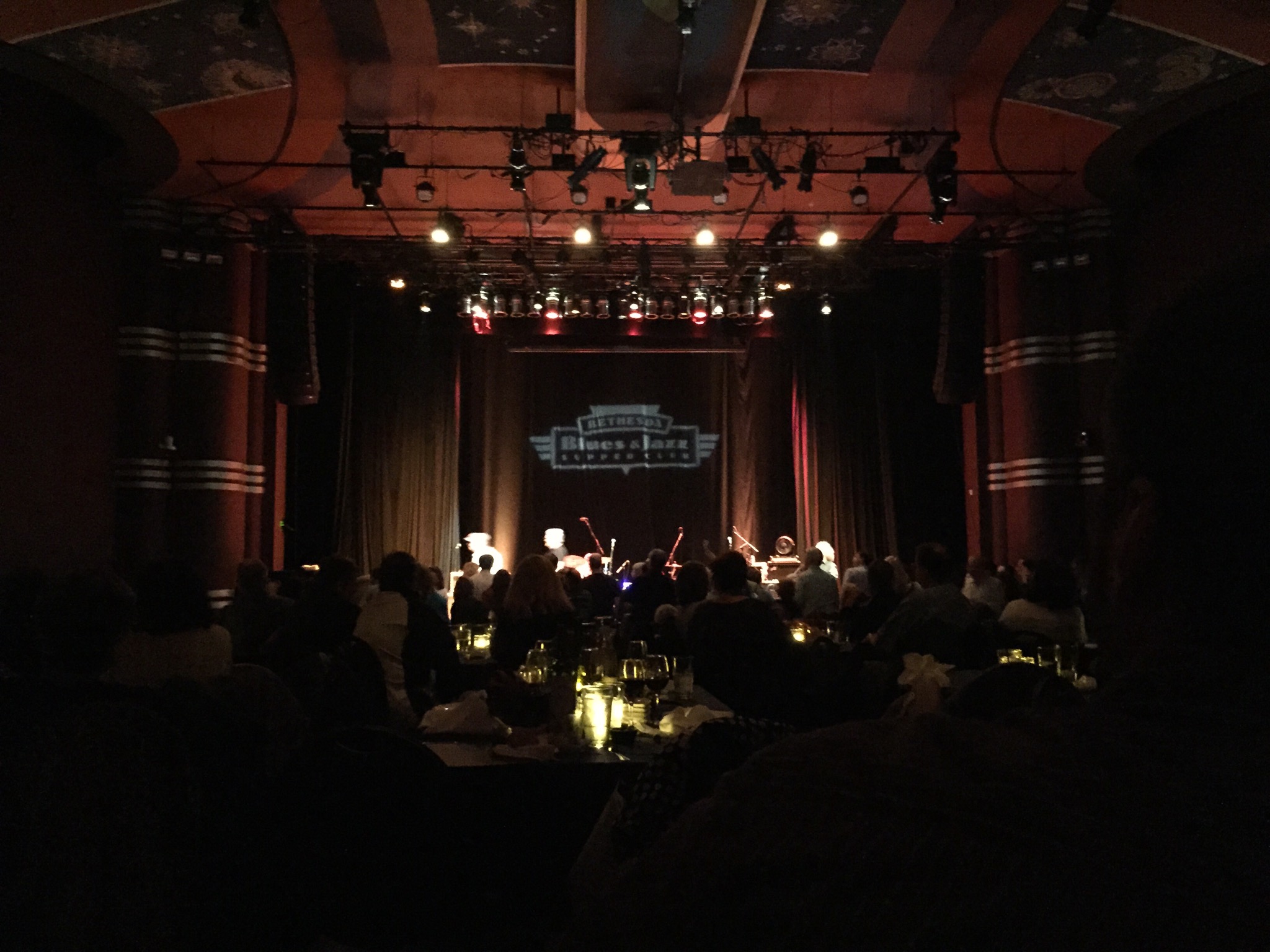 The band – dance floor is up front.

The room was small but perfect for us.

Kevin and the stage behind him. Dinner was very good by the way.