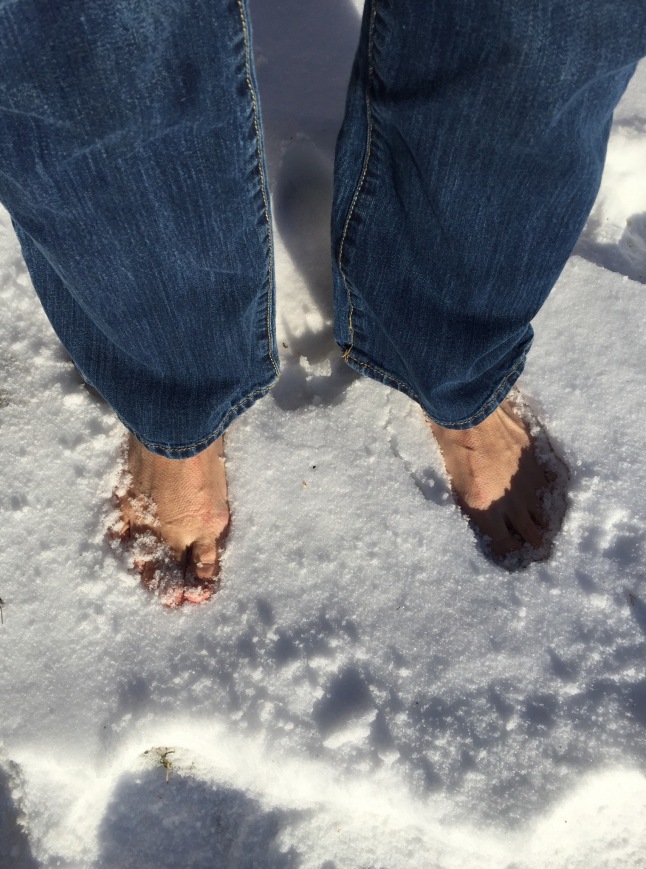 This year, I decided that I was not going to let winter get the best of me. The last few years I have gotten the winter blues. Two years ago it was pretty bad and last winter I was recovering from cancer treatments so I actually liked the excuse to hole up and recover my strength. But by March I was a bit Blah. This year I am going to fight against the blahs and my tendency to lament about it being bitter cold out. It isn’t easy but it’s the end of January and today it was sunny and I felt a bit of Spring in the air. My husband thinks I’m nuts but I feel it there.

So in homage to my new found fight to embrace winter I’ve been bundling up in less gear. Unless it’s horribly windy I’m not donning my winter riding pants that I wear like snow pants. I’m not adding three layers under my barn coat and I’m deciding in my mind that I’m not freezing!

Today was it was 25 degrees out and I was feeling rather warm in my head. I decided I wasn’t going to feel the cold. And I really didn’t! Maybe it was the sun – I don’t know- but today I felt like I could triumph over winter its ability to kick me into the doldrums.

In celebration I decided to put my bare feet in the sand- ok it was snow but I can pretend. I asked my husband if he dared me to put my bare feet in the snow. He looked at me and with a twinkle he said “yes”. He didn’t think I’d do it. So I said ” ok! ” he quickly reneged on his challenge and began begging me not to do it. Ah but the die was cast and off came my sneakers (nope didn’t even have the winter boots on) and then my socks. I stepped on the snow and wiggled my feet in its puffiness. It really
wasn’t too bad. It was very freeing!

Maybe it’s my new state of mind or maybe my mind is in some kind of state. But I say take that winter you won’t get me down. Bring on February! I’m letting the ducks attitude rub off on me. 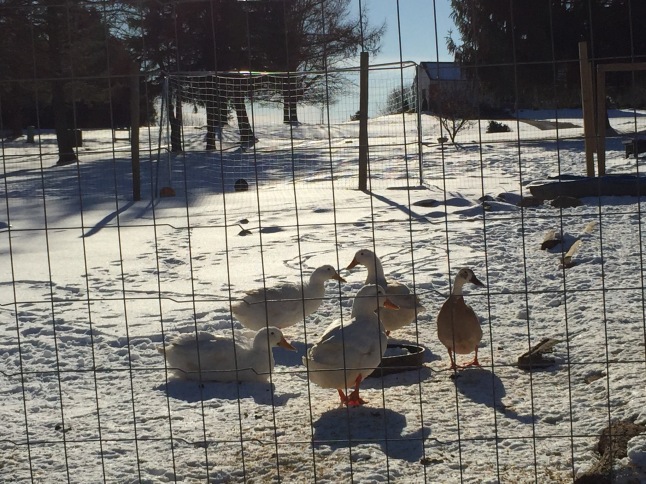