Today I got one of those Facebook memory posts that showed a video I posted from seven years ago. I often love getting these little reminders of the past. But Sometimes they make me sad.

Today’s memory was a video of Kevin playing with Riley our big red mixed breed dog that we lost about three years ago. Riley was a good dog. I still miss his sweetness.

I didn’t actually open the video at first so there was no sound. Somehow you can watch videos on Facebook without having to open them but the sound is muted. I enjoyed watching Kevin toss the toy to Riley like in an old time silent movie. But then I decided to open it with the touch of my finger. In the background of the video was the littlest of sweet voices saying “mommy”.  In the video I ignored the little voice at first. There was conversations behind me in the video. Then another “mommy?” , I began paying slight attention to what I’m sure was the millionth “mommy” of the day. The video goes on -me filming Kevin and Riley. The little voice trying to get my attention.

Sometimes I wonder if I ever was totally present when my kids were little. I could be so restless and distracted back then.  I still get restless to this day and I always need distractions.

I had terrible anxiety back then so it was often hard for me to be present in any moment. I was always fighting to feel calm. Having a camera in front of my face helped ease the anxiety – it created a barrier between me and the real world.

I have worked from home for years too. I needed work to stay sane. But that was a distraction too.

I don’t think ignoring the little voice in this video was a bad thing really.  It was just a moment in time and I probably loved that Kevin was outside tossing the toy to sweet Riley in our old small backyard. A rare moment alone with one of our dogs.  I just wish that I had turned around and filmed those little kids. I miss those kids. They liked me then. The teens that live here they don’t like me much of the time. Not a shock it’s part of the drama of s teenager.

After I watched that video I cried. Life has just flown by. I do remember days when my kids we’re little where I deliberately took stock of certain moments. I recall  really dialing in and knowing this was a moment to be favored. But many of those memories have slipped away. That’s why I wished I could see the little voices in that video.

Were those little kids so much better than the teens that have taken their place? No. My kids are really still wonderful – just more complicated. They are Not as sweet as that once were. But they are good kids. Hearing those voices takes me back to another time.

I kind of feel like my kids morphed into young adults behind my back. One day they were the littles and the next day teens stood in their place. I still get the “mom” requests but now the requests aren’t to go play legos in the basement they are requests to go to parties and to go driving somewhere. Their requests come with much more interrogation from me than their past requests. And the worry grows. The less ability I have to influence their choices the more I worry. When they walk out that door it’s up to them. I have to give it to God.

The video reminded me of the past and the present and all that has come and gone. It made me sad. I wanted to see that little boy asking the younger me a question -I wanted to hold that little hand again. I miss that little voice.

But this is how it has to be. Life goes on.  I am letting go of my kids slowly and I’m hoping my kids can one day fly on their own.

You gotta try to keep a sense of humor when you are raising teens. They are an entity all their own. But sometimes there are the days that they will surprise me with a knock on the door of my room and there is a teen standing there requesting a sit down for a private conversation -I mostly listen feeling lucky to get a glimpse into what’s up in their life – they may even ask for an opinion. Those are special moments.

I think the little voices in the video remind me that I need to be more present in my life now.  It isn’t easy. I have so much going on now.  We’ve become a three generation family. My mom moved in just after last thanksgiving.  It’s so busy now. And I’m still recovering from surgery. The days fly by. Where did they go?

Be aware Anne. Be present. Take more videos of your people. Take some photos. The moments will come and go and then that day you have been waiting for and dreading too will come. The house will be empty. Will those memories be enough?

They won’t be. As much as they drive me nuts I’ll miss my kids fiercely when they go. The photos and videos will bring tears and laughter I’m sure.

All we really have is now. And now goes by so fast. Darn you Facebook memories that make us remember  those  little voices -those little  echoes of the past in a video –  Reminding us how precious each minute is.

I gotta go – I need to be present somewhere else. 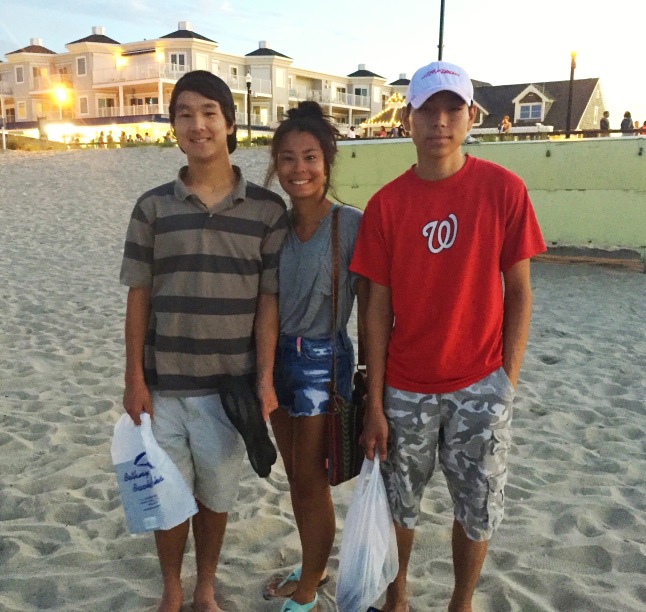 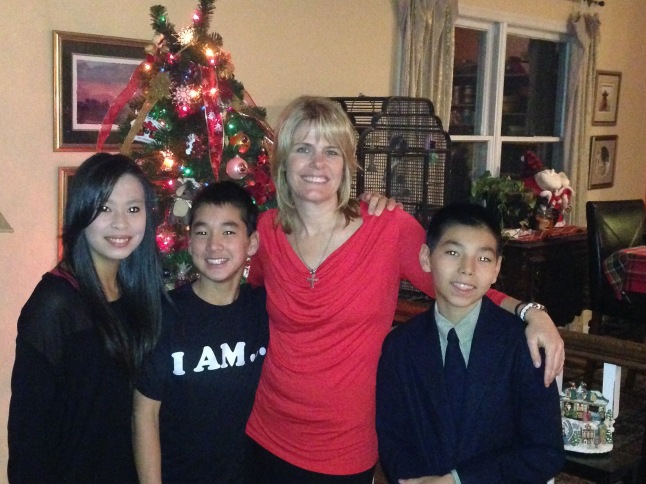 Only four years ago! 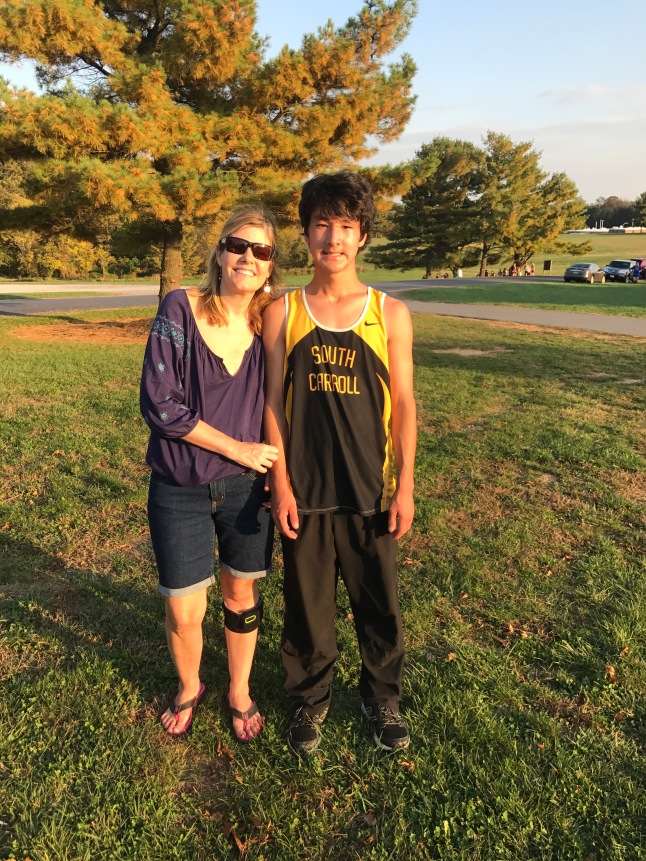