Will I be able to physically do the things I need to get done? I am hoping so. A visit to my surgeon a few weeks ago ended with him draining another couple cyst like things from my axilla and giving me a nice big steroid injection and so far I have had some relief. Still I can’t do many things I once could. And still I push to do as many things as I can. So much I leave in others hands. That’s hard for me too.

Today the cell phone repair guy showed up around 1pm. I had completely forgotten he was coming. I hadn’t even checked the calendar and I had put something else as a priority. Thankfully we were home. He came for my sons broken phone screen but if we hadn’t been home he likely wouldn’t have heard the door. Well anyway that worked out.

Other days I don’t get so lucky and one thing or another is forgotten or lost or a new fire shows up that needs to be put out ASAP.

My mind needs a break.

Yesterday wasn’t rainy – as so many days here seem to be. It was breezy and cold but sunny so I took off to walk on the lane to clear my mind.

It takes me half the walk to stop thinking about all the crap that I need to get done. I stop along the way and take photos. I listen to the shifting breeze. I listen to the quiet. I play some Coldplay on my phone for a bit.

I brought my dog Rudy and I watch him Focusing himself on the walk at hand. The smells and eating gross things. He just is in the moment.

And finally so am I. I feel the angst leave even if for just a while. My spirit lifted.

I have more energy for the day. And more patience. I feel happiness. I get a lot done.

Why -I think to myself – don’t I just get out and get into the natural world every morning. I need so habit. Something that centers me. Otherwise the day gets away from me.

My thoughts are not like they once were. They used to be in order – do this and then this and then that. Now they can start anywhere. It’s the difference between a straight line drawn on a board with a few blips, and squiggles drawn all over the board. My mind is squiggles. Maybe this is the meds I take , aging , a result of all the surgeries I’ve had to have over the last few years – who knows.

Anyway Clearing my mind helps get the line straighter.

It’s just a matter of making that a priority. 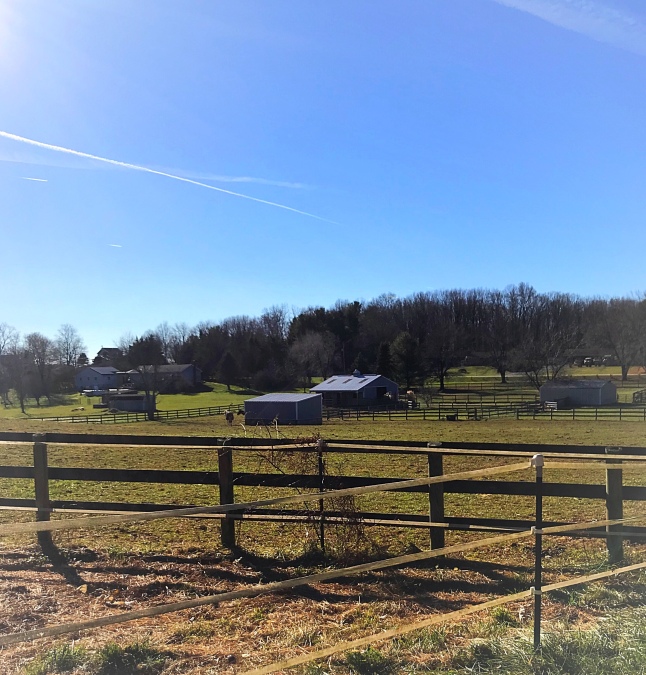 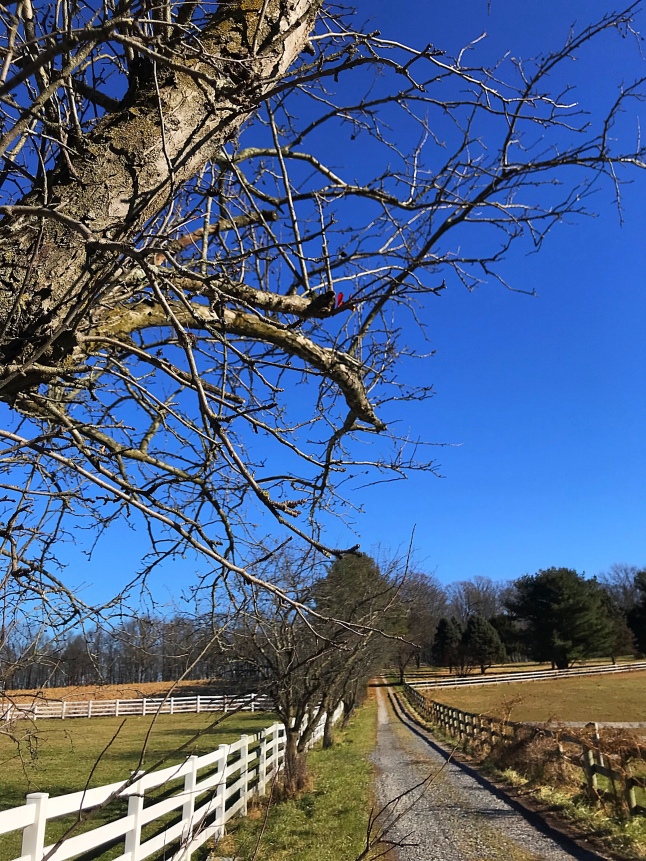 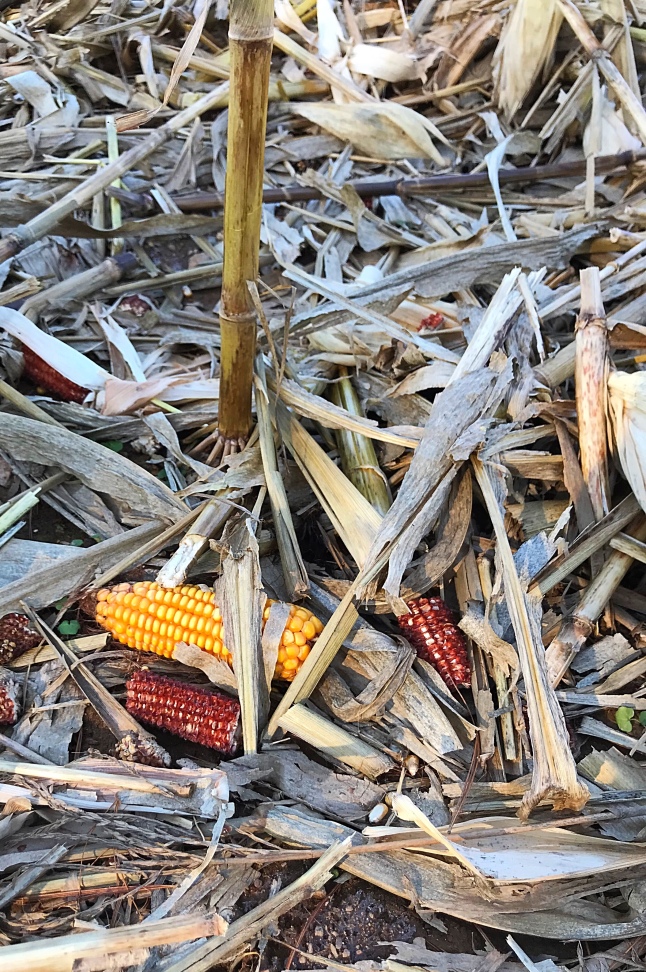 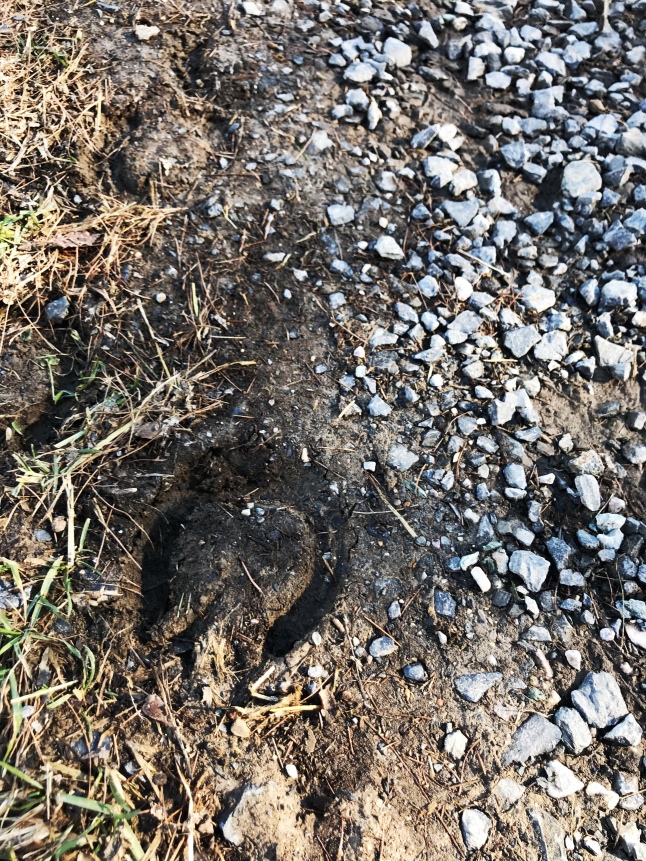 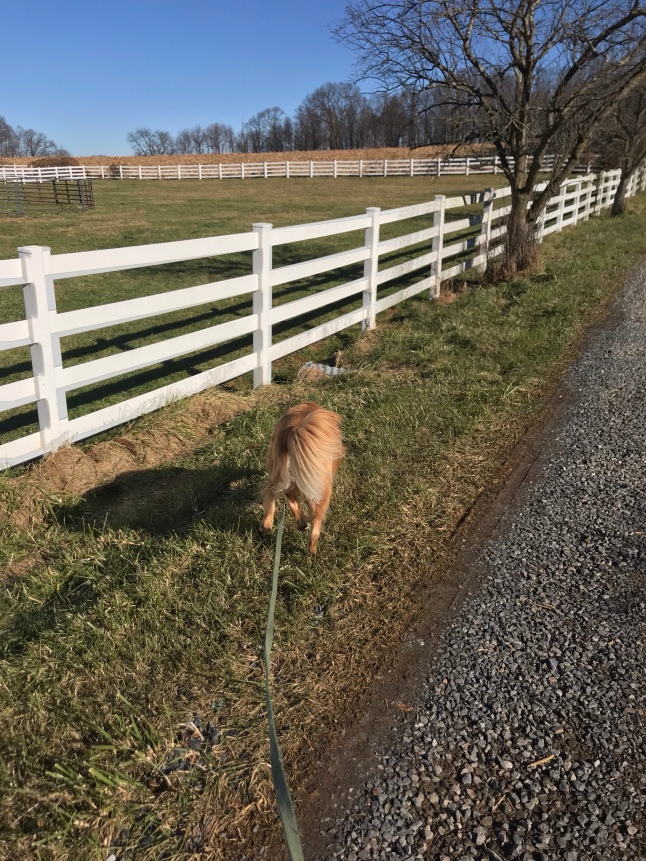 It’s as if I’m living in the middle or my own story. I don’t know how it will end yet.  But it is like that for everyone…they might not think of life in such terms as an unfolding story is all. I feel this is yet another chapter of my life that is still being written. I want it to come to  some good end but I know I have really no control over the outcome. There are too many hands at play. And maybe the outcome isn’t even the point . Maybe it is what we learn in the middle of that chapter that matters.

I feel like I am trying to put the broken pieces of a pot together again except some little fragments are gone. So the pot can never be the same. It is small seams that may not appear to the eye but they are there. It may seem the same if you aren’t looking too hard -but in fact it is not the same at all. Even if the pot looks whole, there is a before the break and the after.

This is how it has been with my life – my family. Some choice, some event and the trajectory of life how it once was is changed. We have had our little world rocked a time or two lately and from the outside it might seem the same but from the inside I can see the fissures and the leaking holes. And I keep trying to fill them up. There are the befores and the afters. The what was and what is. The need to forgive and grow and move on. Its tiring really – but again ….life.

This last five years has had my life trajectory pinging to and fro. There are so many before and afters. I have not been able to really get on an even keel. But I’m trying. I think if the old Weeble commercials from when I was a kid or did they come later? “Weebles wobble but they don’t fall down”. I thinks that’s me.  A Weeble trying to just get upright for a little while.

There is also the life before cancer and the after. I define a lot of time by that. Before the pain went crazy and after. And on and on. It’s what happens. And now I’m trying to put it all back together yet again. To make a pretty pot. But won’t their always be the cracks?

I used to feel more resilient. More get up and get on with it. More able. But time does wear on a person. Sometimes I feel too darn tired to try to fill those cracks- but you have to or more will come and then you will be over your head  and what then?

What then? I don’t know because I keep filling the darn things.

This Christmas season I haven’t been feeling much into it. I don’t feel bah humbug or anything. But I haven’t felt merry. I am just doing what I do. Arranging for gifts. Planning a menu. I am looking forward to seeing extended family and friends on Christmas Day. So thats a plus. Kevin insisted we do lights outside (his way of healing too I think )and he got the tree out and my mom and I decorated it- and it looks quite pretty.

We have a dear friend coming to stay with us. I am very glad for that. Not only to see him but in a way he will be part of the after. Maybe a new tradition of having him in our home on the holiday. Something we need. And maybe too he would be the buffer for any awkwardness that might ensue between family members as we confront this new territory- this new after.

I think when I got cancer it was the fear that everything would seem so different that I wanted so much to make things seem the same when it came to holiday time. I worried for my kids but also for me.  The cancer had shaken me up. Fear loomed over my shoulder constantly and I felt if I tried hard enough to make things seem all good and the holidays bright nothing would be different. But its just a show.

I realized as we sailed into that holiday that I would not be able to do like I thought I would. We got a tree up as I recall. I think I may have decorated it with some help. But apart from the decor and gifts – thank God for online shopping- things weren’t the same. I stopped radiation Christmas Eve. There would be no cooking for me – I was bone tired. Family had decided to gather at my in-laws home and they were very adamant I bring nothing.  I think I managed to bake an easy pie. I can’t recall. If I did it was pride I guess. But the point was – as hard as I tried there was no way I could keep anything from being different. It just was.

So maybe it is not necessary to try to make things seem shiny. I believe we still have to fill the cracks. Its part of moving forward. Its the healing.  It helps keep the foundation strong. Its how we keep life from rolling us over. But time can also help healing and in time the after will be normal – or there will be an entirely new after yet again – more likely this.

My family- we will be ok. We are a an assembly of different parts. We make a pretty good whole. And while I may notice the cracks in my pot- I probably don’t notice them in yours- but they are likley there. And each crack that is mended holds a story – one that may be sad or filled with remorse, one that may contain grief and maybe even some laughs. But this is what makes up parts of the chapter of our own book.. A chapter in that chip here and a paragraph in that crack there. We all live this and we will all learn something from each before and after. We all break sometimes and I pray like hell that I will keep being a Weeble -that I will keep having the faith that I can keep trying to right myself long enough to fill in the cracks as they come. And I wish that for you too.